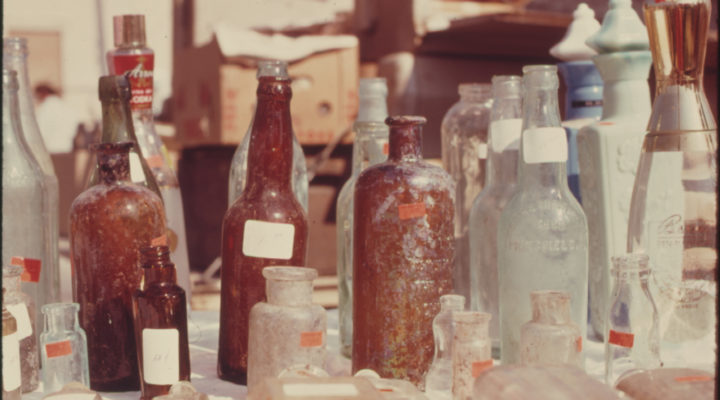 It might not be such a bad idea to listen to the Nerdist podcast episode with Arnold Schwarzenegger.
It is pretty fascinating, I don’t think I have ever heard or read an interview with him that was more than the usual movie promo stuff.
Go ahead, listen to it. I’ll still be here later.
…
Now I know he is a rather controversial person and I wouldn’t agree with many things he said, but it is fascinating nonetheless how he managed to get to where he is now. For people who actually learn lessons from stories like that, his might not be the worst one. (Work hard, invest smartly, be at the right place at the right time, don’t take yourself too seriously. Learn English.) Needless to say, I prefer the last two.

You probably don’t know me as the most upbeat, optimistic and cheerful person around. The word that might come to mind is “grumpy.” (Which might also be because I’ve used that extensively in the past to describe myself.) I have even extensively quoted Marc Maron on positivity and yes, I do maintain a certain distrust towards “glass half full” kind of people, because they seem to be in denial about reality, man.
But fuck that. I am currently surrounded mostly by people whose main conversational topic is being angry about stuff or that things are wrong and that people are not behaving the way they are supposed to. (Remember? It is pretty bloody toxic, to be honest and I have no idea how to be part of those conversations.) I mean, what the hell is going on when I think there is too much negativity around?
So I will actually do something that I made fun of just a couple of hours ago: I will actively do that stupid #100happydays thing. Yes, it is really silly. Yes, I have figured out that it is just a thinly veiled attempt to sell people their own pictures as photobook. I have no real interest in that – all my photobook attempts so far have ended in disaster. But still! I should be able to think of a thing or two a day that at least has the potential to make me happy. And while I am at it, I will try to research something positive that can start a conversation.
“These stupid people can’t park!” – “Have you heard? They renewed ‘Episodes’ for another season!”
Maybe something different than that. But it might be a start.

I still hate those “Happy” videos. I get it, people have access to a camera and to dancing and to the internet these days. Wow. Much viral. Such Pharrell.
—
Yours, still grumpy that he’s not the most grumpy anymore,
Dominik