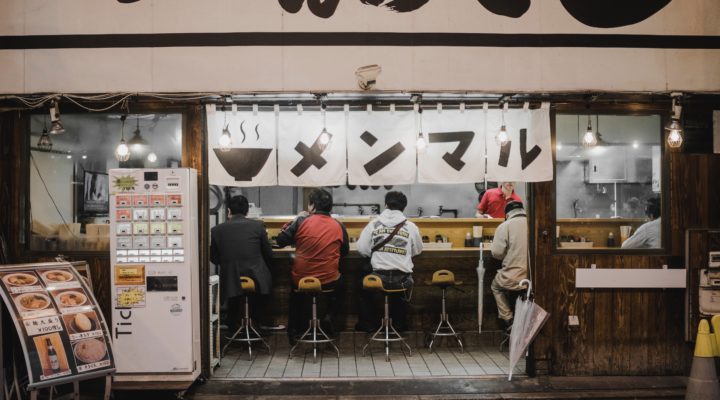 let’s pour one out for the tool that changed everything for web developers a decade ago: Saying Goodbye to Firebug

Don’t we all know this situation? We’re sitting at our desk at the office during lunch break, silenty crying into our cup noodles, not daring to properly eat them in the way they’re supposed to be eaten because we’re too anxious about disturbing the other people around. But don’t give up, help is here! Japanese ramen-maker Nissin wants to end “noodle harassment” with a slurp-canceling fork

What do you do when you’re in 2017 and still very much invested in Ingress? Well, you think of ways to really dominate that game. And to win for your team you might need to go to great lengths: Inside Antarctica’s Illicit Gaming Scene

In the early 40s of the last century Pan Am was flying all over the Pacific in huge flying boats. This all changed when the second world war also caught up with this part of the world – which was especially inconvenient for a plane that was on its way to New Zealand just as the war broke out. They had to go back The Long Way Round. (This reads like an old-fashioned adventure novel. Take your time with it.)

Or, these days: Retrofuture. It is not really en vogue anymore to use it, but it is still pretty great: The Suffix That Tells the Story of Modern Science

That’s it for now, except if you want to read about One of the World’s Most Delicious Foods, anxious millennials or Dungeons & Dragons.