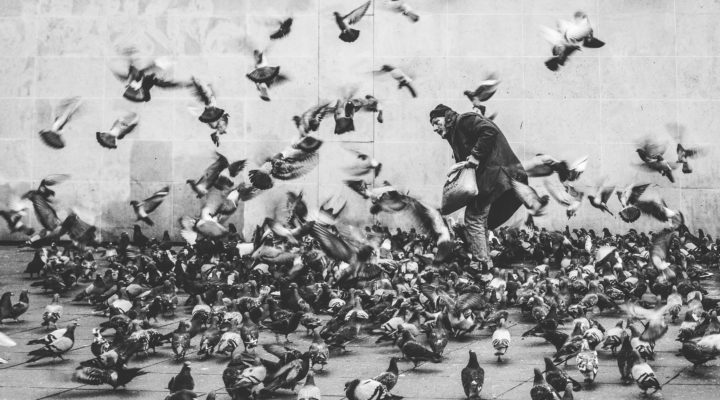 at some point in August the internet – or at least the filter bubble I have created for myself – was happily sharing articles about a script that managed to predict depression in people based on the Instagram filters they like to use. (Strangely enough I did not mention it in these emails back then – maybe because it was too everywhere? Slightly overcado?)
Most of us just read these little nuggets of pop science, wonder how they fit into our view of the world (“I don’t use Inkwell, so that means I’m probably not depressed.”) and then forget about them. So it took quite a while until someone noticed something a bit off with the raw data – the depression rate of the people who “volunteered” for the study was much, much higher than the norm.

(I used to put these little lines here back in the days to let you know that one topic is over and the next one begins. Is that something you’d want back? Does it help? I always assumed you were all trained by the internet to jump from topic to topic anyway, but maybe not?)

Nowadays it is shockingly simple and inexpensive to get good high quality aerial photos. The hurdles are usually administrative and not technical – but that hasn’t always been the case: people used to put film cameras on pigeons.

If there is one thing that’s inevitable near airports, it is noise complaints. Turns out that these usually come from a very small number of very vocal people. (Turns out turns out: this is the case in the US, nobody really checked how it is globally. But hey, it is a better narrative and makes for easier headlines to just generalise it, right?)

While this article didn’t quite cause the “whiplash-inducing paradigm shift” it promised, it was very interesting indeed: many plants that we know today got their current shape back when megafauna roamed the earth. One of those big animals might even have been the “Higgs bison.”

Back in the 80s a flight crashed on a remote mountain in Bolivia – and there’s still no real explanation or background on what happened. Two dudes decided – more or less for fun – to climb that mountain and see for themselves what’s going on.