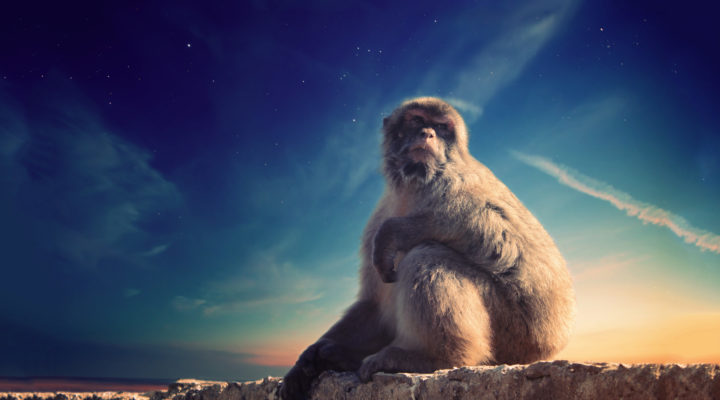 I’m a bit late today, but in exchange you’re getting an email filled with all the dread and rage that only an eight-hour non stop meeting can provide. Soooo… onwards!

I went to an high school where Latin was the first language and all the classics were really important. So, obviously my understanding of the rough timeframe between the death of the dinosaurs and 500AD is more or less this: First there was a group of monkeys, who got domesticated by dogs. A bunch of them moved between the two big streams, where they wore Hammer pants and rubbed bottles to release snarky ghosts. Another bunch of them were visited by aliens and learned how to build big stone things in the desert. The remaining people sort of spread around the globe to provide something for Tomb Raider level designers to copy.
Out of nowhere the Greek decided to be democratic, smacked the Persians around a bit, got lazy and disrupted by a bunch of Italian upstarts. Now after those stopped killing everybody and started to sing in their bathtub while their city burned down, they were overrun by people who were barely done interbreeding with Neanderthals. At this point, everybody went into crazy religious barbarism.

You can see, that very long and proper education was really successful in teaching me about history. Turns out that this is all absolutely wrong and crazy euro-centric. Oh, well.

Fun fact frid… monday! Guess which medium the youngs like to use for getting their news!

Someone like me for whom English is the second language (actually, did you read that long “history” paragraph carefully enough to notice that it’s my third one?) has to learn this crap really carefully. And I am pretty sure I still mess up all the time.
On the other hand, it could always be worse. (And yes, ha-ha, same state as where I am from, but very different people. Obviously. Just listen to them talk.)

If you have Netflix, you probably binge-watched Luke Cage. (And if you didn’t, call in sick for the next two days and do so.) The next Marvel/Netflix thing is going to be the Iron Fist and oh boy, will they have to work hard to make that one not suck. On the other hand, they have Jessica Henwick, who then managed to be cast in Star Wars, Game of Thrones and the Marvel Cinematic Universe. Not bad.