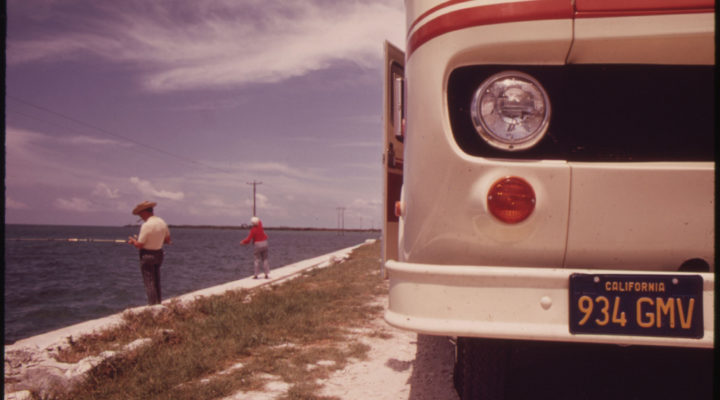 I like to tell myself that I enjoy traveling. When I am bored, which happens a lot less than one might think, I like to daydream about being one of those people who have their work (and play) here today and somewhere else tomorrow. I read a whole lot of travel blogs and have been to a bunch of countries, too.

Sometimes I wonder, though. In me there are two souls, alas, and their
division tears my life in two. (Not much tearing, really, but as we Bildungsbürger learn, it’s never a bad idea to quote Goethe.) Because a lot of those things I read about “life on the road” sound incredibly dreadful to me. (Especially the whole ‘interacting with people’ part. I can be a bit of a curmudgeon that way.)

But maybe that’s just because I still have to conquer the idea of traveling on my own. Now those who know me might wonder: “But, wait… didn’t he fly around a lot on his own?” and yes, I did. But I was always visiting someone – and while probably not staying or spending all the time with them, it gave me a bit of an anchor at that destination.
But yes, indeed, I really do like flying by myself. Because that combines three things I quite like: doing nothing, being by myself and yet, doing something with a purpose.

Remember Poultry Internet Touching? Now there is this.

Webster’s Dictionary defines Shit Writing Syndrome as “a disorder that turns one’s writing to shit, for example, by causing one to quote this dictionary when describing the disorder.”

This does not sound familiar at all. I doubt I’ll ever get that guy’s treatment for that syndome, though: How Writing for the TV Show “Community” Cured Me.

Yes, the Stromae concert was very good, thanks for asking. And stepping on my stupid internet scale is still terrible, but this looks like a nice and steady improvement: 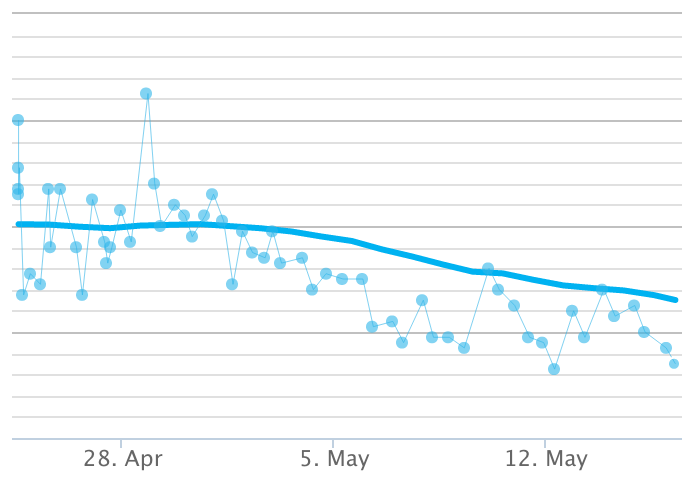 (Y-axis conveniently cut out of the picture. Because vanity.)
Have a nice weekend!
Dominik