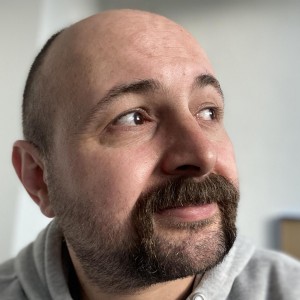 Let me tell you a little secret: that thing starts to annoy me. But it is part of an important(!) experiment. I made that pact with myself: if nobody mentions the beard all week, I will shave it off on Sunday.
I usually know on Monday that I will keep it for at least another week.

Because I am slightly annoyed, I thought I made it easier for Team No-Beard: I will shave it off on Sunday if I don’t hear a “He, he, you look like one of those taliban!”-“jokes.”
Now I usually know by Tuesday.

It might be no surprise that I really like the internet. On some days, it really delivers, though. I give you: yesterday evening! (If you follow me on Twitter, you have probably seen most of it already.)
Deep Sea Fauna… With Googly Eyes. Vous êtes des pros. PornBurger. Trick Global. (Yes, two videos by the same group of people. So what.) Nobody likes the president of France. Not played, yet, but I like the idea: Make it rain – The Love of Money.

Tonight I’ll go to see Stromae live, so that should be good.
Take care, y’all.
Dominik