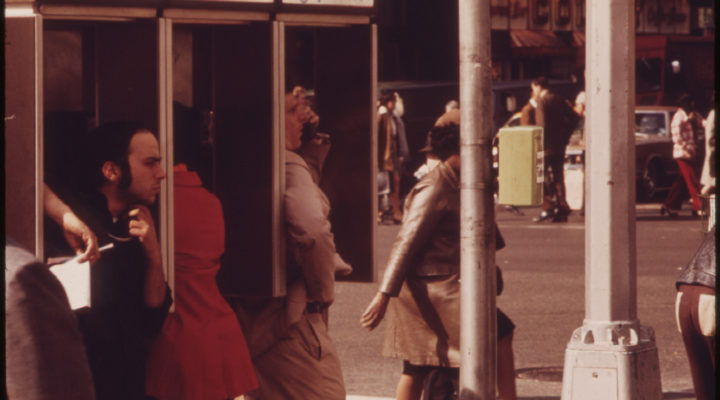 Okay, it’s Monday, I didn’t get enough sleep over the weekend and I forgot my coffee. I hope your start to the week is a better one.

Of the many podcasts I am subscribed to, IRL Talk is easily in my top five – it is relevant to my interests, both hosts are equally charming and hilarious, and it is always an entertaining and sometimes “educational” hour.
Their latest episode was a bit different, though: one of the hosts – Jason Seifer – wasn’t around, so Casey Liss (the “other guy” from the Accidental Tech Podcast) came in to fill the role and he did it very well.

Especially the segment about the pyramid of methods of communication made my basically explode into a big cloud of agreeing with the hosts.
For me it is also really relevant which method of communication I use with people and which one people tend to pick to communicate with me.

And basically phone calls are never okay with me, unless someone is dying, in a terrible emergency, or late to an appointment.

— Matthias Bauer (@moeffju)
(“No, I don’t want to talk on the phone. Synchronous communication is structural violence.”) And as Casey said on the podcast: Calling someone is always a sign that you as the caller value your urge to communicate higher than whatever it might be the called person might be doing at that moment.

Yes, sometimes that might be the case – as I said, if someone is dying or in a terrible emergency, then it is pretty reasonable to assume that not many people are engaged in something more important. And if you’re late, you should call because the reason “I am late” is probably more important than what the person is doing at the moment – namely: waiting.
It is also rather polite to call ahead instead of just showing up at someone’s doorstep. Just to chat.

Of course there are always people around who are either not willing to understand that concept or just happen to live in a reality, where calling people just to chat is normal and acceptable.
The first group of people are the worst: very often they assume that the whole premise “Only call me, when you are sure that something is more important than whatever it is that I am doing at the moment.” means “Whatever I do at that moment, it is more important than you.”
I can see where the confusion might come from, but at least from my point of view, it is deeply flawed – we are living in a world where asynchronous communication is possible: if you want to hang out and chat, send me a text message. I get those, I read those. And I will answer them eventually, no worries.
And if we’re in a remote setting, just stay in that medium. I have a very relaxed group chat over on Line1. There is little sense of “This communication needs to happen right now” – I don’t expect to get an answer on there right away – but if it happens, it’s cool, too.

This weekend I went to the WordCamp Switzerland in Zürich and I was pleasantly surprised. Every talk I saw on Saturday was good, the people I talked to were all pretty smart and interesting and that whole weekend was very well organized.

One thing that really stood out for me was the fact that way more than usual I got to talk with people with the same interest in building stuff on the internet from other countries in Europe and beyond. Even I, who is admittedly not much of a social personality and can have problems approaching people, managed to talk with folks from Poland, Serbia, France, Ukraine, Italy, Switzerland, Germany, the UK and Canada.
I think a big part of having such an open, interesting crowd is of course the language. The fact that the organizer decided to have both the conference day and the contributer’s day in English helped a lot in attracting a more diverse crowd. And as Hanni Ross said in her talk: people from different (“offline”/IRL) cultural background with the same interests and passion in a topic have often more in common with each other than with their neighbours.

Wow, that was a long one. Thanks for sticking around all the way to the end – you know I appreciate it. And as usual – if you have something you really need me to know about what I said in these emails, don’t hesitate to click that reply-button.
Have a good start to the week,
Dominik