On the topic of music: 3BallMTY has a new album.
(Pointy boots? Watch this short documentation.)

I was told that I’ll probably die alone and unloved if I don’t start doing sports and I am not one to take these threats lightly. So for the first time in many, many years I decided to actually move more than just walk from the couch to the fridge and back. 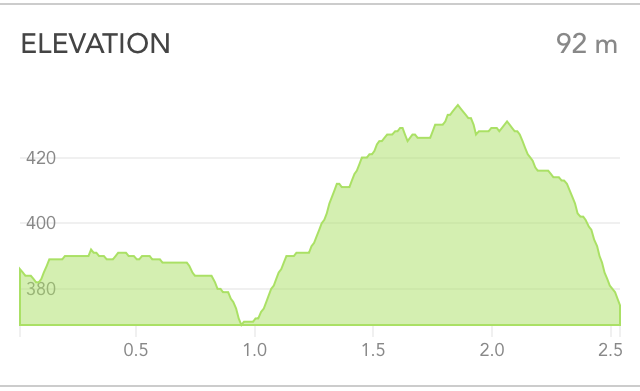 Maybe I should have picked something with smaller elevation changes because even though I managed to have a medium speed that is slower than my usual walking speed, everything hurts today. (“Everything” is in “I die!” when I have a light fever.) Yes, after less than 2.5kms.
Maybe being alone and unloved is not so bad after all.
I did sign up for one of the training sessions over at Runkeeper, though, so who knows. Maybe soon I will be able to run as fast as I walk.

I am working on a longer, probably pretty angry, piece of writing on chrononormativism – a word I conveniently made up a couple of years ago. Probably triggered by Nico’s blog post about how he rises early now and his life has improved (It’s in German, but my tl;dr basically said everything.) (It’s also only a sign that he is getting older, but we’ll get there.) and by the fact that I am currently in a social situation where many people think that getting up later than six is an act auf debauchery. And a clear sign that the decline of the west is further along that we’d all care to admit.
—
I’ll have a coffee now, I hope you all manage to do something nice for yourselves, too.
Dominik