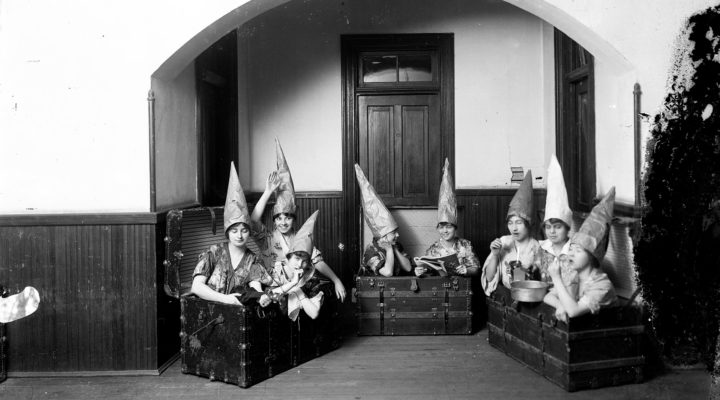 It must have been the fall of ’96 when I first got “the internet” – pretty late, all things considered. The web was already important enough that Microsoft used Internet Explorer to kick Netscape around, and yet HoTMaiL was still it’s own service and not owned by them. (Btw: my first email address was, yes, at HotMaiL (please notice the spelling!) and yes, before they became part of Microsoft. And the address still works: dominikschwind@hotmail.com – it’s pretty amazing. Hardly anything from way back then still works. My websites on various free webspace providers – gone. (Remember GeoCities? Tripod? Angelsomething? There were so many around.))
But I don’t want to do this about how ephemeral the web is – while “the internet never forgets” might be true when one wants to forget or be forgotten, it usually forgets a lot. Again: a topic for some other time, if I don’t forget about it.
What really made me fall in love with “the internet” right away was the fact that it is basically a wide open window to the whole world. A place where people can just create something great and put it online, for almost free of charge. (See also above, the free webspace providers. And my own blindness to the fact that my parents paid a crapload of money for the highspeed internet, delivered to my bedroom by a 14.400 modem. So, yeah: free!) And because it was still quite early in the history of the web and the whole highspeed thing was not very fast, those great creations were usually text and even more usually in the form of stories.
And that is still the number one thing that I feel the web excels at and that still fascinates me so much, even after more than 17 (ugh? really? that many?) years: telling stories. Basically everything we create on the web tells a story. Or more precise: fragments of a story. That Instagram picture of Les Rambles – a fragment of a travel story, maybe. A romantic getaway to Barcelona (One might hope.) or the story of a self-centered social media addict who thought: “That looks great with the Hefe filter, I am sure I will get many likes for it.” (More likely. Still a story. Certainly a more familiar one.)
And what are these emails other than short stories about some dude who is trying to entertain the great self-selected group of people who are willing to listen?
So, yes – story telling. It’s the web’s greatest feature and for me personally companies or projects that realise that fact and build around it, are the most exciting things online. Flickr, WordPress, Twitter, Tumblr – even gauche websites like Yelp or Quora – can be used for story telling.

Don’t believe anything on the internet today.
Dominik