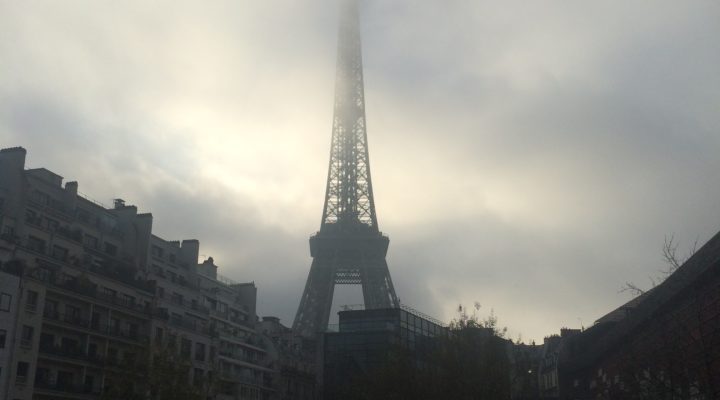 Usually I read through my instapaper on Sunday evening to prepare this email, copy a couple of links and thoughts about them into my text editor and try to turn it into something entertaining and/or interesting for you on Monday mornings.
This time it is a little bit more difficult because my main coping mechanism for news like what happened in Paris on Friday is to instapaper – yes, that’s a verb now – every news article and think piece I come across. And because everybody has capital-O Opinions these days and because every news organisation is pretty eager to capture more of the heightened attention that tragedies like this bring to the news, there are a lot of these articles. I am sure you have seen your fair share, even if you tried to avoid them.
Of course I don’t read all of these articles. They are often repetitive or even stale information by the time I start to look through my Instapaper. But putting them in there works as a displacement activity for me.

And that’s the thing: even for us, who don’t have any direct connection to what happened, news like this are a something big and unusual and not ordinary at all and everybody has different ways of handling that.
For many people it seems to be changing their Facebook profile image. It’s not for me, personally – I find it to be a bit silly – but it seems to help people and I rather have people doing silly Facebook things than people who turn to “It’s us vs them!” rhetoric.
Or people who decide that it’s the immigrants’ or all Muslims’ fault or those who pretend it is, even though they know better, because it is politically advantageous for them. Fuck those people.

Given that we’re at a point where I put my capital-O Opinions, here we go…
Of course it is slightly fucked up that these Facebook functions to broadcast one’s well-being have been opened up after the Paris attacks and not the Beirut ones. And that there is no button to temporarily change one’s profile picture to the Lebanese flag.
I understand people who point that out and I think it’s good that this happens. It will reach someone at Facebook and some time, sooner or later, something will change – even just because someone cynical decided that he middle eastern market is too valuable for Facebook to ignore, now that they’re done growing in their home market.