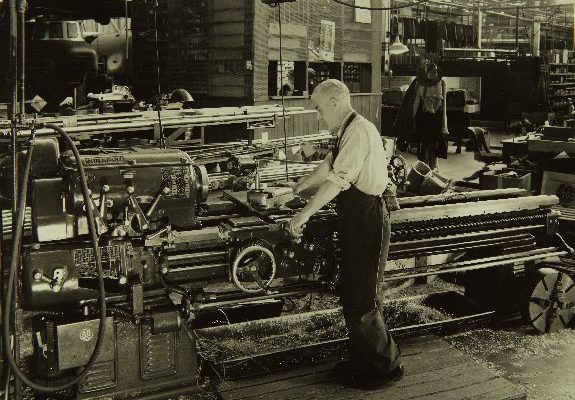 1.0 Designing for the Web

Mark Boulton made his book Designing for the Web available for free under a Creative Commons licence. As someone who bought the book and managed never to really read it – mostly because every time I’d have the time and/or the idea to read it, I was not at home, where the book was – I really appreciate that move.
What I read was really good and now that I carry it around on my phone, I am sure I will get to read more of it and maybe even understand some parts.

Fun fact: to get the book on my phone, I had to jump through quite some hoops. The epub file is a zipped download and my iPhone can’t open zip files and move the epub file to iBooks. So I tunneled into my home network, used my fileserver at home to download and unpack the zip file. I was then able to download the epub from my home server to my iPhone and now I can happily read that book on there.
There has to be some way we can make these things easier, right?

If you are a listener of Roderick on the Line and Back to Work, you might have noticed a certain theme running through them lately: technology is (getting? still?) too complicated.
A lot of their ire is directed towards Apple and the latest versions of iOS and OSX. “It just works.” seems to be a promise that they can’t keep at the moment. And a lot of that is because these things are constantly connected to what is easily the scariest place to connect to – the internet! [dramatic chipmunk!]

Now, as far as I can tell, writing software that basically runs in one neatly defined environment is still hard, but we (as in: humanity) are pretty good at it by now. Desktop software is pretty stable and so was pre-smartphone phone software. Snake never crashed on me.
But things are getting interesting as soon as they are connected to each other. Suddenly there are more outside influences than we could possibly imagine. Machines need to talk to each other and if possible in a way that nobody can intercept those messages. That adds multiple layers of complication to programs and applications. (And thanks to the Heartbleed bug we’ve all seen what happens when one of those layers breaks.)
And that’s not something we’re good at, yet. Frankly I don’t think we’ll ever really be able to tame the beast that is the internet.

But at the same time, we either demand or at least make the marketers think we demand more connectivity in our software. It is in fact pretty awesome how a text I wrote on my Mac appears on my iPad without me doing anything. But to get to that part I had to enter my iCloud credentials on both machines. (Multiple times, I might add. Bloody hell.) And I did have to know which software to buy and how to activate iCloud sync.
I am lucky that I am patient enough to do those things and interested enough to fiddle around with them to get these things to work. But I’m a nerd and many people are not. They look at these things, they fall into a deep pit of despair and then they stay with their Windows XP and their Word 2003, because for them those just work. There is no cloud-stuff going on, they can write their letter and if they want to work together with other people, there’s always Outlook and "Re: Re: Re: letter-final-v2-revision-8.doc"

Not because these people are stupid, far from it. (Some are, you know. Most. I mean, we all are. Monkeys with a bad haircut, as they say.) But because most people want their technology to be appliances. Tools. Switch it on, do what it is supposed to do, switch it off, done.
I’m not really sure where I am going with this, but I realize more and more how much we are still at the very beginning of all this “computer stuff.” (As it gets so nicely summarized by people who really really don’t want to have to do anything with it.)

Amazon just bought Comixology. And my Twitter stream went nuts. I was not aware I followed so many comic fans.

Condoleezza Rice joins Dropbox and the internet switches to rage mode. While it is probably warranted, it’s interesting that the “Drop Dropbox” page mentions there are “fully encrypted and open-source” alternatives but doesn’t link to any. I personally quite like Bittorrent Sync. (Which is a bit strange with it’s “security through obscurity” hash thing, too. So, do you have any better ideas?)

Via MeFi: windy landings in Birmingham. Great to watch if you’re afraid of flying. (For someone who landed in Wellington, this is pretty tame stuff. (Not really.))