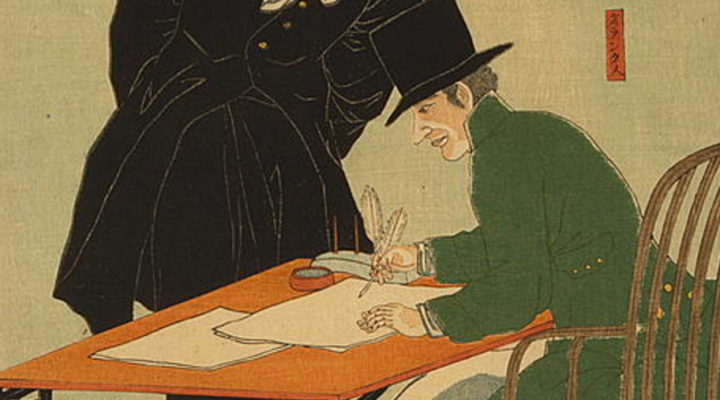 I’ve had declining hair for a while now and yet every summer I am surprised again that the sun actually has an effect on my head. Maybe I should get some sort of person who holds an umbrella over my all the time? Or maybe just a hat, but that seems overkill.

Now, all things considered, I’m more a dog person than a cat person. Mostly because I start to look like an extra in a zombie movie right after a cat was somewhere near. And yet, this is fascinating: Watch the History of Cat Domestication in Three Minutes

Maybe I’m a bit stupid, after all I’m not in San Francisco, but – isn’t this just a private bus line? Lyft’s New Shuttle Service Is More Convenient Than Lyft Line

These are pretty incredible: Now You Can Download 2,500 Japanese Woodblock Prints from the Library of Congress
I might just have spent a little too much time clicking through these.

✊ Resistance!
Well. More like Resistance™ – because capitalism is really good at turning everything into a commodity: The Resistance Will Be Merchandised.

If you watch a comedic movie that was sort of aimed at more grown-up people, you probably see at least one person doing coke. Why? How Did Cocaine Become The Drug Of Choice In Hard-R Comedies?
(I thought it was because everybody in Hollywood is on the stuff anyway all the time, but apparently there are other reasons.)