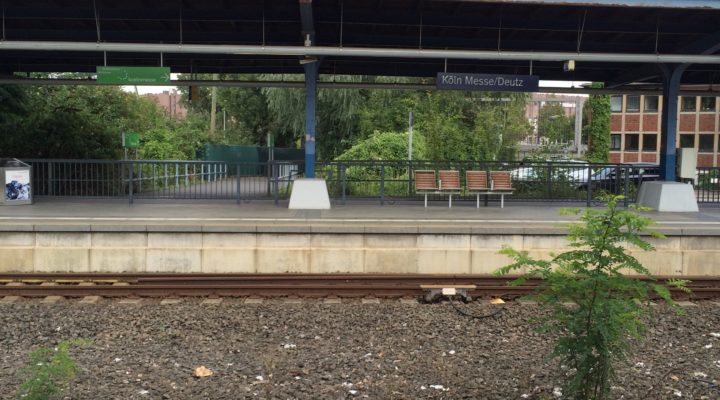 I hope you’re all doing well. It’s Monday for me today, which is pretty convenient since it is Friday tomorrow – it’s great how that works when you take three days off in a week.
Well, it still makes today a Monday.

For no apparent reason[1] I travelled in First Class[2] yesterday.
At the time of booking it was not such a big difference but it was amazing what a hugely different experience I bought for less than what I sometimes spend on coffee. I got on the train in Köln and it was packed. Seats were all taken, people were sitting on the ground, crying babies – train travel business as usual, I figure. Not so much in the part of the train where I had my seat – basically nobody was in there, there were actually employees of the train company around and they were friendly and kept giving me[3] candy.
It wasn’t quite Snowpiercer, but it was a pretty strange experience.

Of course I used my leisurerly time in the couch-like leather seat mostly to complain on Twitter about how the high-speed wifi on the bullet train that took me halfway through Germany in under four hours wasn’t working flawlessly all the time.

I don’t know what to say about Social Media raffles that are based on using company’s hashtags. I guess some person can then tell their #boss that the #brand #engagement went #through the #roof? Yeah, that will sell a couple of €100k cars. #hashtags.

Yeah, a big bouquet of flowers is going to fix that problem, buddy.
(Seriously: WTF?)

Be safe out there.