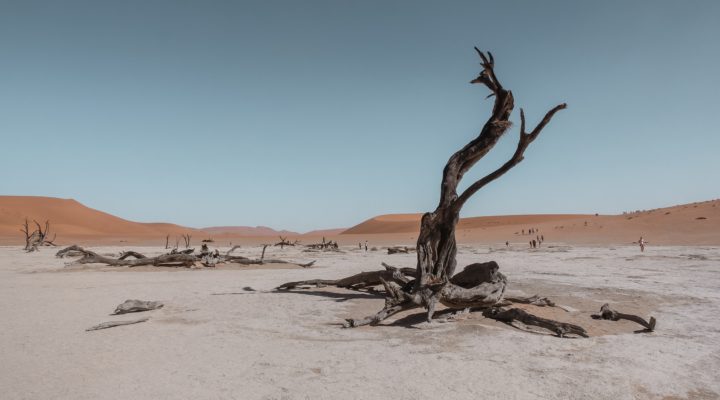 this might sound cheesy but I sincerely hope you’re all doing well. It’s cold outside, so wear your warm boots. (I know it’s not cold for at least one of you, but I think everybody else is in the northern part of the northern hemisphere. If now – why don’t you let me know? Always glad to hear from you.)

I’ve been online for a long time – not one of the first wave of internet people, but I can firmly say there’s at least two decades of internetting being me – and there was always one platform that I tried and never managed to get quite into. And now it seems that finally everybody left: “The Linux of social media”—How LiveJournal pioneered (then lost) blogging
If you’re into this kind of stories, why not have a look at the excellent newsletter-website-book The History of the Web? I’m sure I mentioned it before but it really an evergreen recommendation.

Once in a while people just do crazy things. Like this Russian dude who took a coal train across the Sahara desert. (YouTube link. In Russian with English subtitles.)

While we’re talking YouTube videos, here is probably the video that managed to be both the most fascinating and the most boring I have seen in a long while: Earth-Moon-Mars distances to scale, at LIGHT SPEED!
Good god, Mars is far away.

If you ever learned any second language, you’ve probably noticed one thing: there are basically only two words for tea. It’s either tea or cha: Tea if by sea, cha if by land: Why the world only has two words for tea
Cheerio.

Have you seen the two Fyre Festival documentaries? If not, what are you still doing here? Get watching!
When you’re done, let’s have a little look at how those documentaries happened and how they are obviously problematic, too: Fyre Fight: The Inside Story of How We Got Two Warring Fyre Festival Documentaries in the Same Week and Comparing Fyre Fest Docs: Netflix’s ‘FYRE’ Vs. Hulu’s ‘Fyre Fraud’
For what it’s worth: I enjoyed (using the word “enjoy” very liberal here) the Netflix one more. Or maybe the one by the Internet Historian.